You might remember our visit a few weeks ago to the billabongs of Australia, when we encountered everyone’s favorite dog/sheep/serpent/flippery thing.  Now we travel to the Jiundu backwaters of Zambia, Angola, and the Congo, where something else waits to burst from the murk–a prehistoric monster that should have went extinct, but never did. As it turns out, a lot of scary things can come from swamps.

Accounts of the Kongamato date back to 1745, though given that this “breaker of boats” is essentially a pterosaur and that the locals were already well acquainted with it then, it’s likely to have existed long before. What’s a pterosaur, you ask? A pterosaur is like a pigeon, if the pigeon had a seven foot wingspan, an elongated head, a snout, needle teeth, black eyes, and leathery red or black scales instead of feathers. Also, the pigeon would not only fly, but walk flat-footed or run on all fours, like the Landstriders in The Dark Crystal. The pigeon comparison doesn’t work for you? Fine. Imagine instead the pterosaur subspecies that Jurassic Park has made so popular–the pterodactyl. That is what is living in the Bangweulu swamps. That is what the fisherman there have feared for centuries. 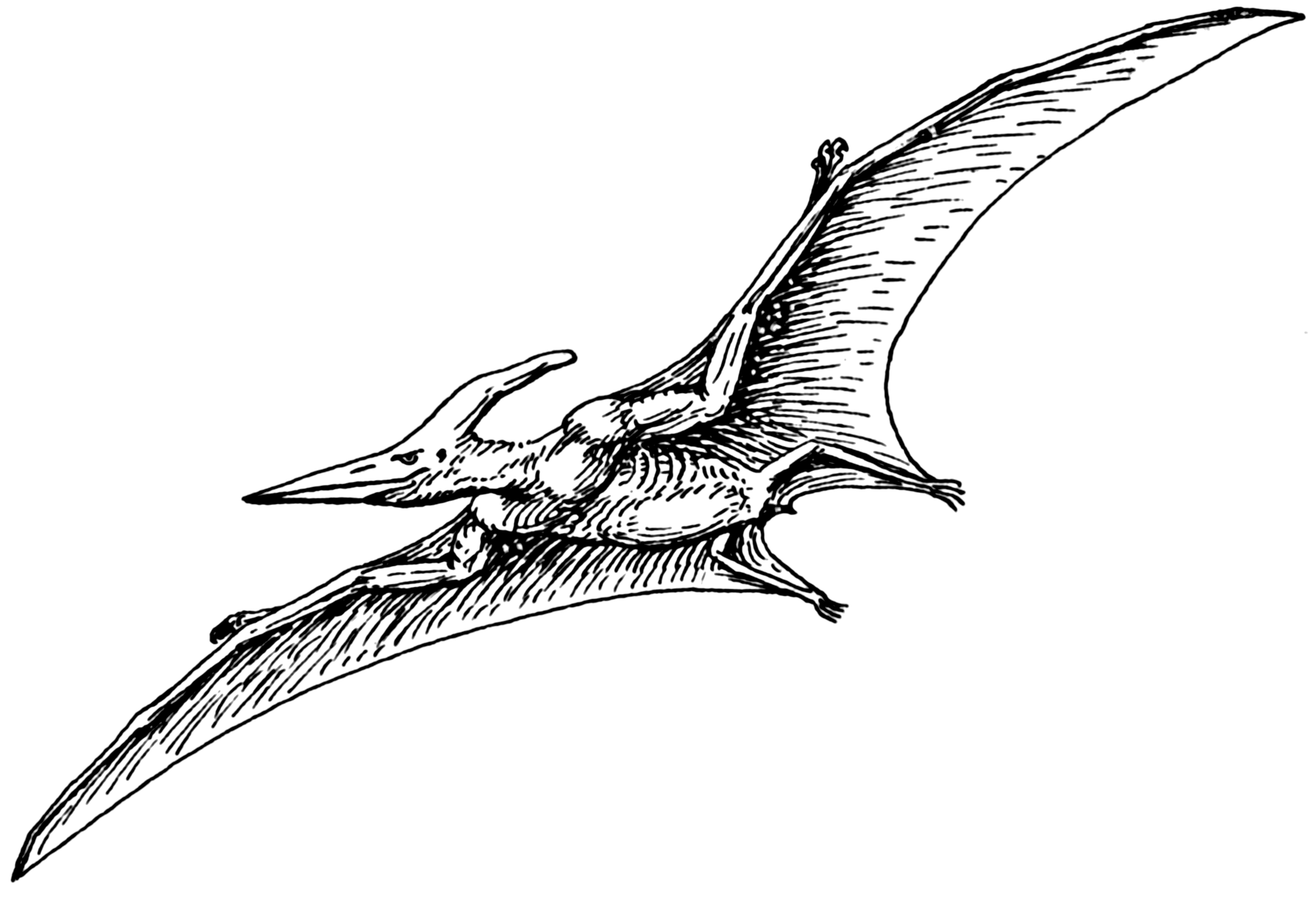 Ivan T. Sanderson, an accomplished biologist and cryptozoologist from the early 20th century, became famous for bringing his account of this hellish reptile back to the Western world. As was usual for kongamato sightings, he encountered the creature at night. Sanderson had just shot a fruit bat, which had then fallen into the water. He was reaching for it when his companion warned him to duck.

“Then I let out a shout also and instantly bobbed down under the water, because coming straight at me only a few feet above the water was a black thing the size of an eagle. I had only a glimpse of its face, yet that was quite sufficient, for its lower jaw hung open and bore a semicircle of pointed white teeth set about their own width apart from each other. When I emerged, it was gone. … And just before it became too dark to see, it came again, hurtling back down the river, its teeth chattering, the air “shss-shssing” as it was cleft by the great, black, dracula-like wings.”

As mentioned, the sighting was not unexpected for the local Kaonde, nor for any number of other tribes near the swamp. Many viewed the Kongamato simply as a danger to be avoided–in the same category as a lion or a rogue elephant, if more rare and more frightening. Though white cryptozoologists were never able to locate bones or other such proof of the creature’s existence, numerous, consistent eyewitness accounts and grevious wounds spoke to something out in the reeds. The kongamato was said to upset boats, attack children, dig up corpses to feed on. It was a fact of life, if an unhappy one.

But for Western tourists, the kongamato was a fascinating treat. Sanderson was far from only one to report back on them; Frank Welland emerged in 1932 to also affirm their existence, emphasizing the compatible accounts from the local people:

“The evidence for the pterodactyl is that the natives can describe it so accurately, unprompted, and that they all agree about it. There is negative support also in the fact that they said they could not identify any other of the prehistoric monsters which I showed them.”

Sightings continued through the 1950’s, with one engineer’s report making it into the newspaper after he saw two “prehistoric” dark birds glide overhead when he went to get his canteen out of his trunk. A year later, another man would be hospitalized nearby with wounds to his chest. When asked to sketch the creature that attacked him, he drew what looked like a pterosaur. Even as late as 1998, Steve Romandi-Menya, a Kenyan exchange student visiting Louisiana, affirmed that the kongamato still haunted the bush-dwellers remaining at home.

Is there something else these could be? Sanderson referred to his kongamato offhandedly as “the Granddaddy of all bats.” Considering that the largest known bat is otherwise the Philippines’ Giant Gold-Crowned Flying Fox–whose maximum wingspan is 5 feet 7 inches–the suggestion that the kongamato is actually a heretofore uncategorized species of them is not implausible, though hardly less horrifying. Another theory is that the kongamato could be a giant stingray which, when disturbed, overturns boats and flaps a bit out of the water, though that does not account for sightings of the kongamato high up in the air or running before taking off, and is not entirely reassuring, either. The simple answer is often the best one; perhaps legends are real. It was just off the coast of Africa that fishermen caught the coelacanth, a marine contemporary of the pterodactyl. Who’s to say the pterosaurs couldn’t have survived mass extinction, too?

In 2010, the Creationist group Genesis Park traveled to the swamps to look for evidence of the kongamato themselves. They interviewed local fisherman and held night-long vigils, but found nothing conclusive. Perhaps it is time we took up the torch. After all, the swamp’s other claim to fame is that they are a popular site for bird-watching. Perhaps we will spot a lovely sparrow in addition to our flesh-eating friend.

Would you come on an ornithological trip to search for a prehistoric hell beast? What three items would you bring, besides a pair of binoculars and your trusty khaki shorts? Share your answers in the comments below.