Happy (almost) Halloween! To best illustrate the topic of today’s post (and in the spirit of the season), let’s start off today’s post with. . .

Late one fall night in Norway, some 300 years ago, a man (let’s call him Daniel) decided to take a shortcut through the woods. He was familiar with the path–the way was not long. He had spent all day in the next town over, and wanted nothing more than to wrap himself in a blanket in front of his own fireplace, and to sleep in his own bed.

The trees stood quietly as Daniel made his way down the path. Finding the soft noises of the night to be peaceful, almost soothing, Daniel paused for a moment to enjoy them.

A dark shape jumped out at him from the corner of his eye. Daniel looked up.

A child stood in the middle of the path. It was a little girl, no more than two or three years old and badly underdressed for the cold. She sucked on one knuckle morosely.

Daniel started to take a step forward. “Are you alri–” he stopped. Something was wrong. Her skin tone was off–gray, patchy; her hair was limp and matted; her eyes were too large, too flat, as if she were–

Dead. Daniel’s stomach dropped; he tried to scramble away, but the girl moved faster. With fantastic agility, she leapt onto his back. Daniel screamed and struggled to get her off, but she clung on tightly, clammy arms wrapped around his throat so that he could barely breathe.

“Take me to a cemetery,” she whispered into his ear. “Please, a cemetery, please.”

Daniel bellowed, feeling like his eyes were straining out of this head. He stumbled a few steps forward. The girl’s grip tightened.

The nearest cemetery was i the next town over–Daniel’s hometown. The trip should take no more than 30 minutes, less if he ran. Daniel saw no other way out. He started to run.

The trouble was that the girl was much heavier than she looked, and with every step, Daniel swore that she was getting heavier. Though he was an agile young man, it wasn’t long before he was sagging under her weight. Daniel panted, and then wheezed. Still, he pressed forward.

Then his left foot sunk deep into the cold, muddy earth, and he nearly toppled over. The girl’s weight was literally driving him into the ground. Heart richoteing off his ribcage, Daniel pulled his foot out and lumbered forward. If he stopped, he was worried that the ground might swallow him entirely.

The trees were getting thinner now–he could see patches of the field by the church in the pre-dawn light. The church and its cemetery were right at the edge of town. He could make it. He had to.

But now every step sunk him deeper into the earth. Daniel cursed as he struggled to pull free his feet, then his ankles, then up to his knees.

They came out of the trees, into the field. A lone bird began to sing as the sky slowly brightened. Headstones loomed up ahead. They were so close. The girl’s arms tightened around his throat. She weighed as much as another man, as a horse, as a–Daniel’s ankle twisted, and the incredible weight on his back made something snap.

Daniel screamed, black dots crowding his view of the headstones and grass.

“Hold on,” Daniel sobbed. “Please, I just need a minute–”

Light shined over the curve of the hill–the first rays of the sun.

“Too late,” the girl said. She gripped the sides of Daniel’s head and twisted. Daniel heard a pop, and the sun went out. 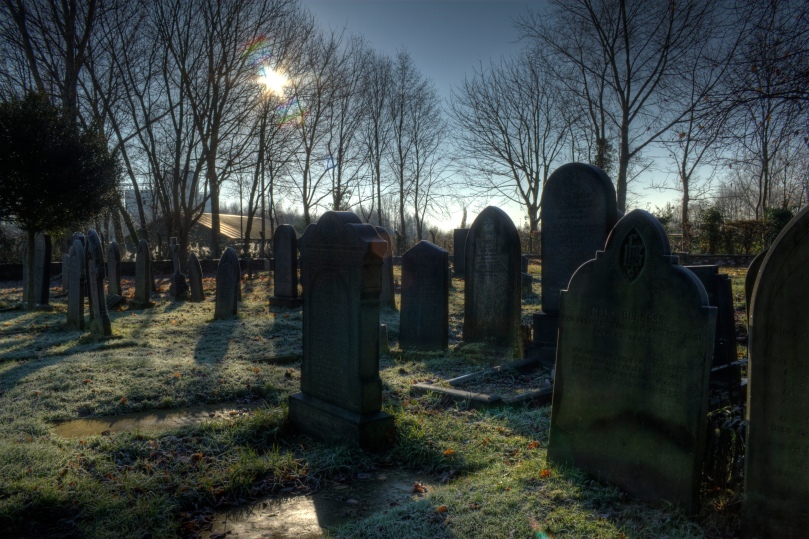 What in the Sam Hill?

We have Scandinavian folklore to thank for this one. A Myling is the vengeful spirit of an unbaptized or abandoned child that seeks to be buried on consecrated ground. Many encounters look like the one in our Spooky Story–Mylings latch on to unwary travelers and demand passage to a graveyard before sunrise, or else. Other stories feature them haunting the homes of their mothers, leaving behind bloodied corpses, and otherwise seeking revenge on those fortunate enough to have parents that kept them.

In all cases, the Myling is roughly the same age as it was when it was abandoned, and appears not nearly as decomposed as it should. It is often very large, very heavy, or both, and only gets heavier as you attempt to get it to consecrated land.* If by some miracle you succeed, it will leave you alone.

Otherwise, you can kiss your head (or innards, or whatever) goodbye.

The Myling are born from a practice that no one wants to talk about. Back in the day (and still in some places today), if a woman had a child out of wedlock, she could be faced with severe punishment, even death. (No word on any punishment for the man who made up the other half of the equation.) As such, incriminating babies were sometimes left out in the cold. Ditto for children born to families who didn’t have the resources to feed them.

In both cases, burials in Christian cemeteries were out of the question–not only could they be expensive, but to have a funeral, you would have to be willing to explain how your child died in the first place. Yet without a proper baptism or burial, the unwanted child’s soul could never be at rest. Hence, Mylings.

Ugly practices beget ugly monsters. A lot of angry spirit myths are born out of shame and tragedy, and this is no exception. Out of all of the Scandinavian ghosts, the Myling is said to be the most malevolent. Only they are willing to finish the business that the living are too cowardly to tie off.

On a less heavy note, you’re welcome for trotting out the creepy child trope.

When running to the nearest cemetery with a malevolent child ghost on your back, what is your first choice for footwear? Is arch or ankle support more important? What kind of tread works best for off-roading? Share your thoughts in the comments below.

In addition to being 2018’s Halloween post, this is our 50th post to this site overall. I think that merits some kind of celebration. Monster Meet is what I like to call a (Very) Slow Blog, but it has been a pleasure to return to these three years. I appreciate those of you who have stuck with it throughout. Here’s to the next 50 posts (which at this rate we’ll celebrate sometime in 2023…HAHAHAHA)!

*And good luck if you don’t know where the nearest cemetery is. Is there an app for that?

PHOTO CREDIT: All thanks to Wikimedia Commons! Moon by Katsiaryna Naliuka; Graveyard by Parrot of Doom; Creepy child by psyberartist. Thanks, all! Long live Creative Commons!